"Individual commitment to a group effort - that is what makes a team work, a company work, a society work, a civilization work."

To maintain Scram Software's reputation as world leaders in cloud information security technologies, our team is committed to delivering the best results across many fields:

Our world headquarters are in Melbourne, Australia. 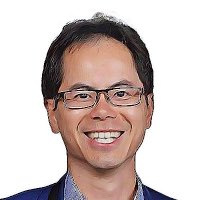 Linus is a computer programmer and entrepreneur from Melbourne, Australia.

Linus started programming computers aged seven. He spent his spare time coding up hobby projects and learning different programming languages, winning numerous awards and subsequently representing Australia in programming as a teenager. Shortly after graduating from Monash University (Melbourne, Australia), he ventured into business and entrepreneurship. Linus is also known for creating the BackupAssist product, which has sold over 100,000 copies to the Small to Medium Business (SMB) market in 145 countries. 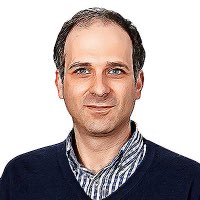 Dr Ron Steinfeld is one of the world's leading figures in the new generation of cryptography researchers. With no less than 48 published book chapters, surveys, journal papers and conference papers, Ron is a familiar figure at cryptography conferences worldwide, serving as program committee member at ASIACRYPT, ACISP and EUROCRYPT. After completing his Ph.D. in 2003 at Monash University (Melbourne Australia), he worked for 9 years at Macquarie University (Sydney Australia) before returning to his alma mater. During this time, he has been an ARC Australian Research Fellow in Cryptography, as well as a distinguished and highly sought lecturer.

Ron is a world leader in lattice-based cryptography, thought to be resistant to quantum computer based attacks. His work is currently being studied by the European Commission for possible adoption as a European standard.

Dr Conrad Jakob has a distinguished career in research, design and development for universities, R&D organisations and businesses, while successfully also completing his Ph.D. at RMIT University (Melbourne, Australia).

With a strong mathematics and engineering background, and versatile across many disciplines including signal processing and analysis, data analysis and visualization, and industrial control, Conrad brings his analytical skills and thirst for intellectually stimulating challenges to Scram.

Prior to joining Scram, Andrew spent many years at The University of Melbourne (Australia) where he completed his PhD, and was previously employed research support, IT support and management, software development, lecturing and tutoring roles.

Jon has a deep interest in network and cloud security, spawned by his experience with security audits and ISO standards where he witnessed a large disparity between policy goals and low level implementation. With his many years of experience working at commercial and research organisations, combined with his studies at Charles Sturt University (Australia), Jon brings both theory and practical experience to Scram Software.