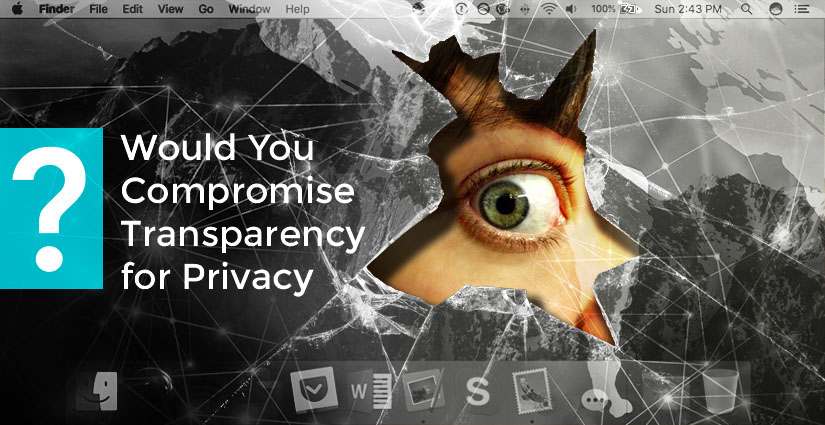 The use of encrypted and disappearing messaging apps at the White House may violate the Presidential Records Act, which necessitates archival and retention of work related communication for transparency and litigation requirements. Trump aides are reportedly using the messaging app Signal that offers end-to-end encryption for personal communication. Maintaining a complete record of email communication at the White House is already a tough endeavor, and adding encrypted communication to the mix will only make it difficult to enforce the public disclosure laws.

At the same time, the Trump administration also fears White House staffers are using the technology to expose the government’s darkest corners without leaving a digital trail. The messaging app Confide with its SnapChat-like features of disappearing messages is allegedly being used specifically for this purpose by some U.S. government officials.

Modern cryptographic protocols utilize numeric codes known as Encryption Keys encrypt and decrypt the data. The Keys are available only to the sender and recipient of encrypted information. Third parties including hackers, government agencies, Internet Service Providers and even the encrypted messaging service providers such as Signal and Confide cannot legally access Encryption Keys. Private communication between end-users therefore remains elusive and untraceable by legitimate means.

The concept of secure encrypted messaging is widely popular and appreciated for personal use, even in the White House. Regulations that necessitate data retention apply only to work-related communication that involves senior government officials to ensure transparency. To enforce public disclosure laws for communication that takes place via end-to-end encrypted messaging apps, the government will also need decryption keys to make sense of the encrypted data archived by the sender and recipient. To make matters more complex, apps such as Confide go a step ahead with disappearing messaging features that prevent users from archiving or even taking screenshots of the communication.